Andong, Peaceful East, is the home of traditional Korean culture. Founded around 1 BC, Andong became a center of Confucianism after the ascent of the Joseon Dynasty to the throne. The Nakdong River flows through this capital city of North Gyeongsang Province.

Andong Gurume Resort is a new concept resort that reflects the value of fusion and convergence into the life style culture. Traditional houses were relocated and placed on a hill overlooking the Nakdong River. Each of the 7 traditional houses, with their own stories and histories, maintain their original shape with modern conveniences applied. Their design is based on the concept of the Confucian school, to provide a place to deliver rest not only for the body but also the spirit.

Icheon-Dong (The Stone Buddha Statue) stands at the foot of Mt. Taehwasan. 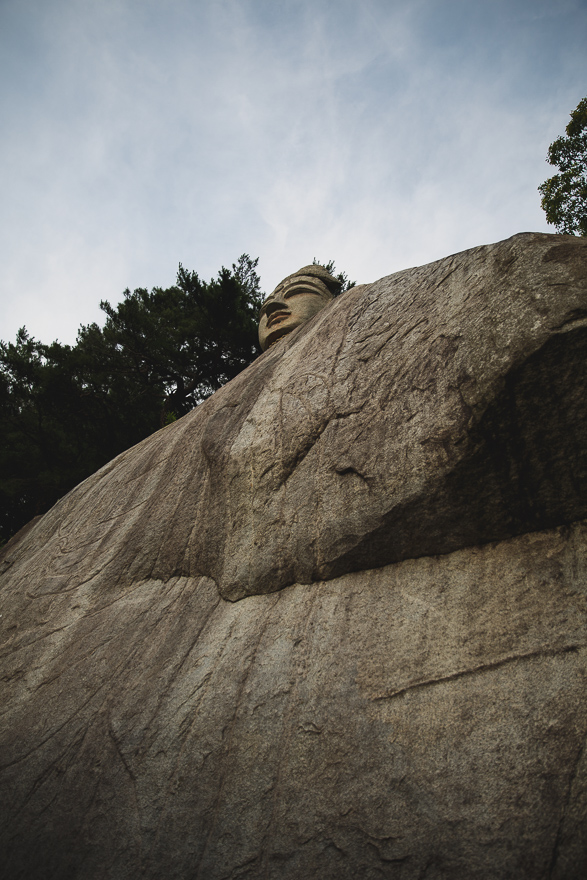 Carved into the granite cliff a separately sculptured head was placed on top during the Goryeo Period (918-1392). Considered a sacred place where the spirits of the mountain gods are integrated, the power of Buddha is enhanced allowing him to make prayers come true. There is a legend that the stone Buddha gazed across the valley to a pine forest where it saw the Seongju god in the trees. The Buddha instructed Seongju to protect and bless the people. 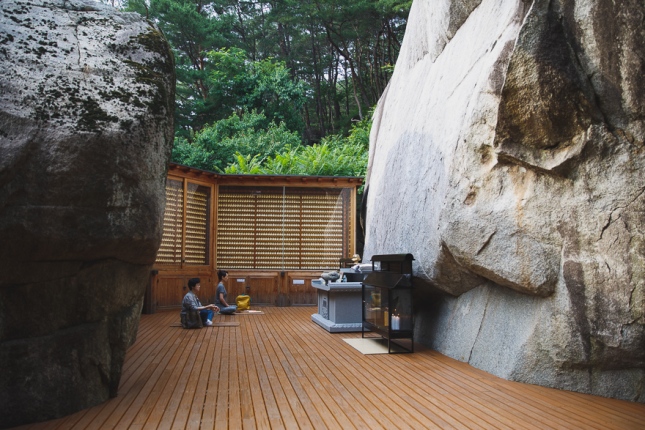 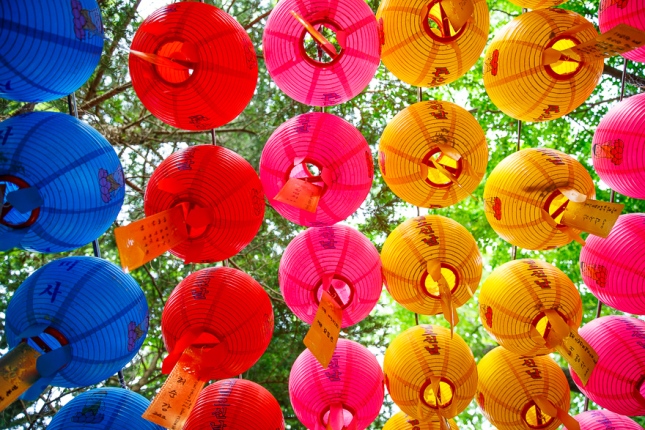 Beopheungsaji, Seven-Story brick pagoda, was constructed during the Unified Silla Dynasty (668-918) and is the largest and oldest brick pagoda standing.

Traditional barbecue dinner, a must-do in Korea but especially in Andong. 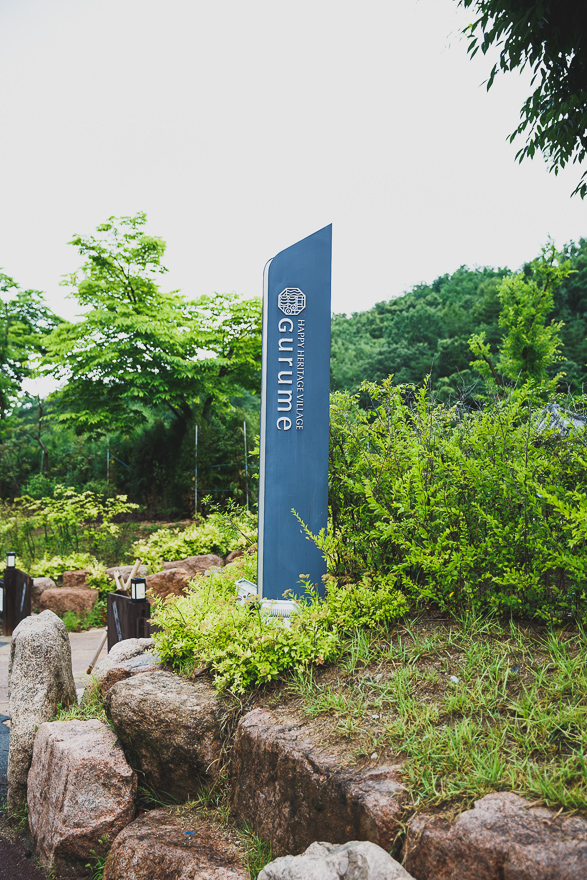 Chilgok-house is the old house of Lee, Hwi Myeon, the 10th descendent of Master T’oegye, Yi Hwang, and dates back to 1831. Yi Hwang (1501–1570) is one of the most prominent Korean Confucian scholars of the Joseon Dynasty. 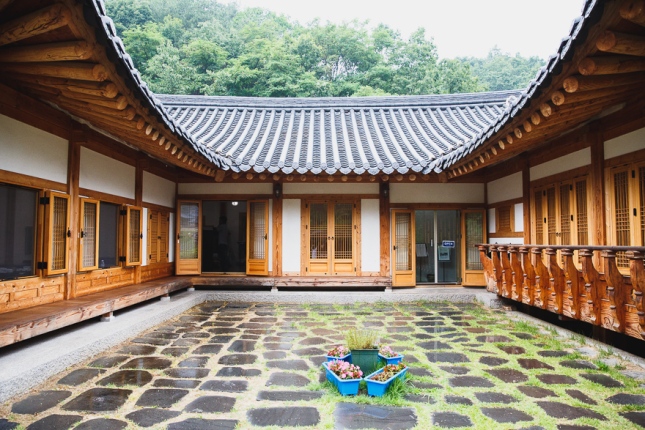 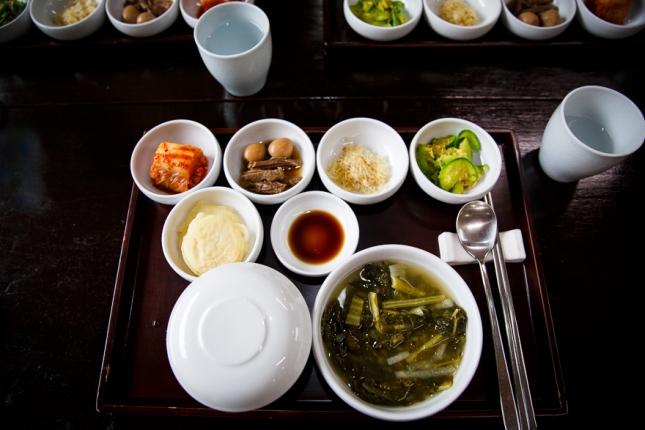 A traditional Korean breakfast is served each day. 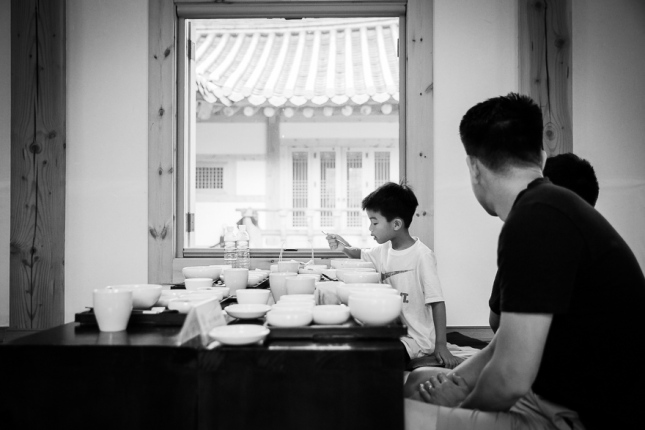 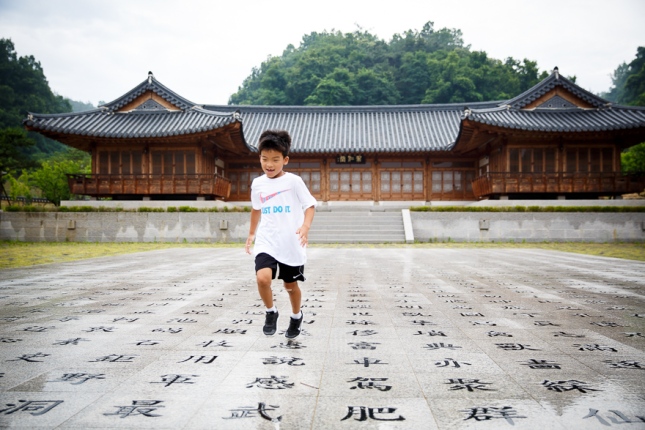 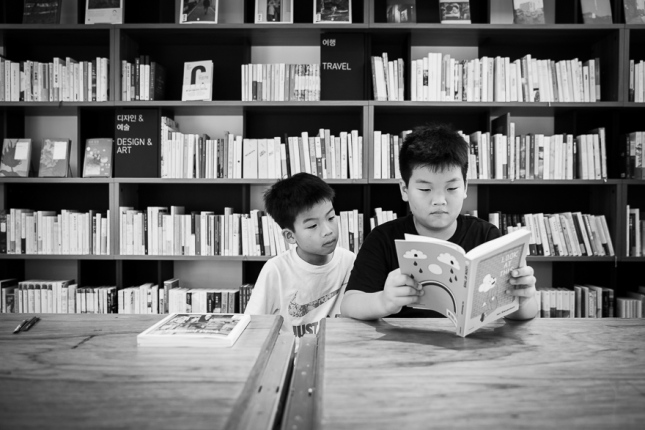 Byeongsan Seowon, which means “Academy of the Mountains [that are shaped like] Folding Screens”, was built for educating pupils in Confucianism and commemoration of ancestral spirits. The river in front and mountains surrounding provided natural protection and serenity. 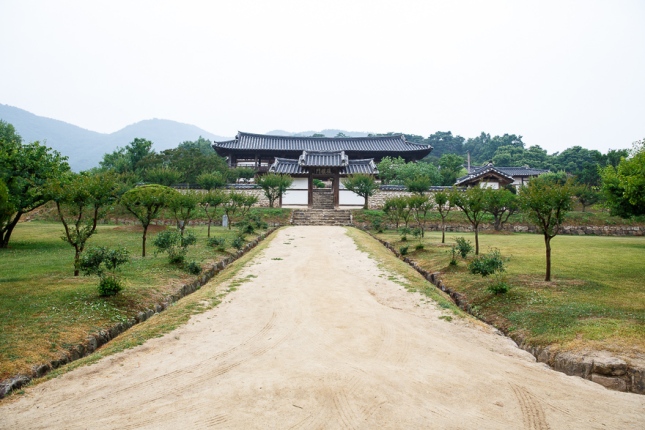 Confucianism expounded the importance of four virtues which we all possess: benevolence (jen), righteousness (i), observance of rites (li) and moral wisdom (te). 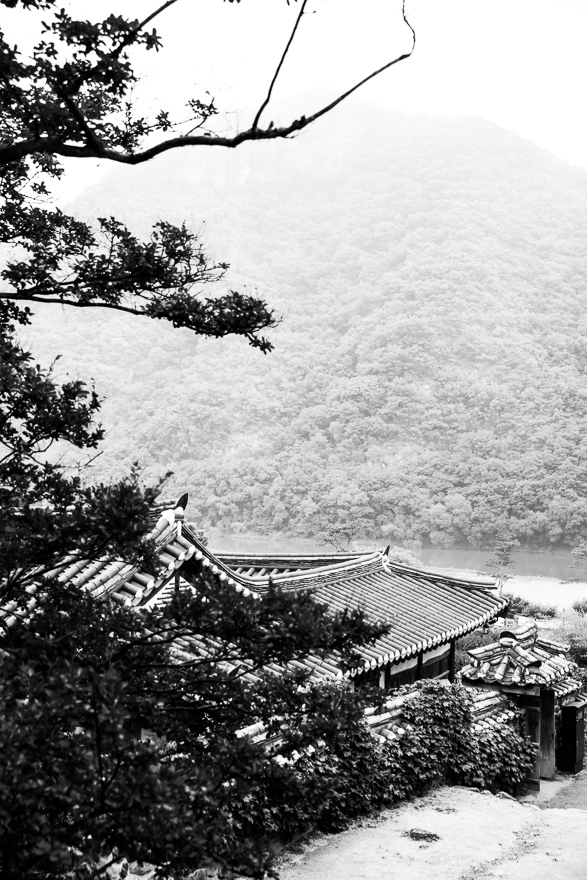 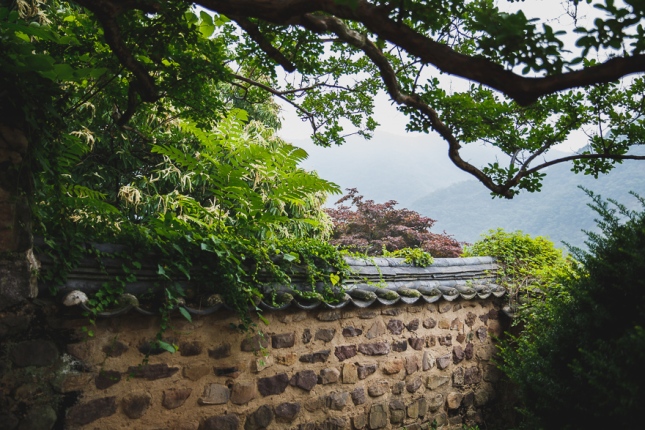 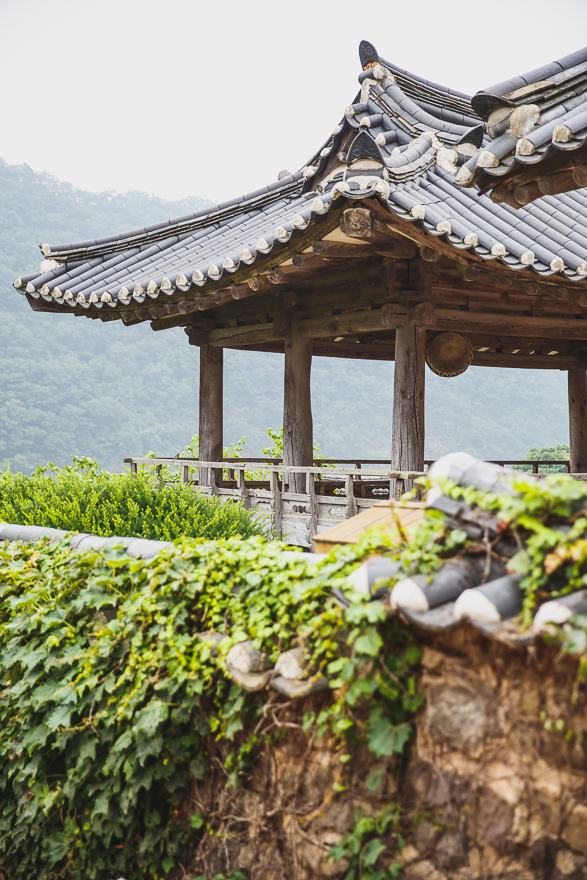 “By three methods we may learn wisdom: First, by reflection, which is noblest; Second, by imitation, which is easiest; and third by experience, which is the bitterest.”
― Confucious 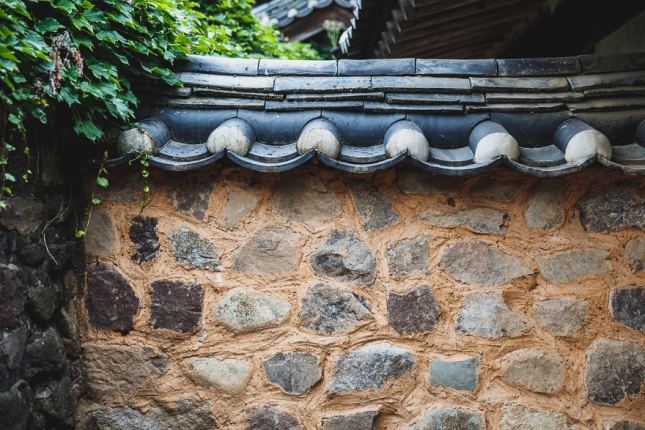 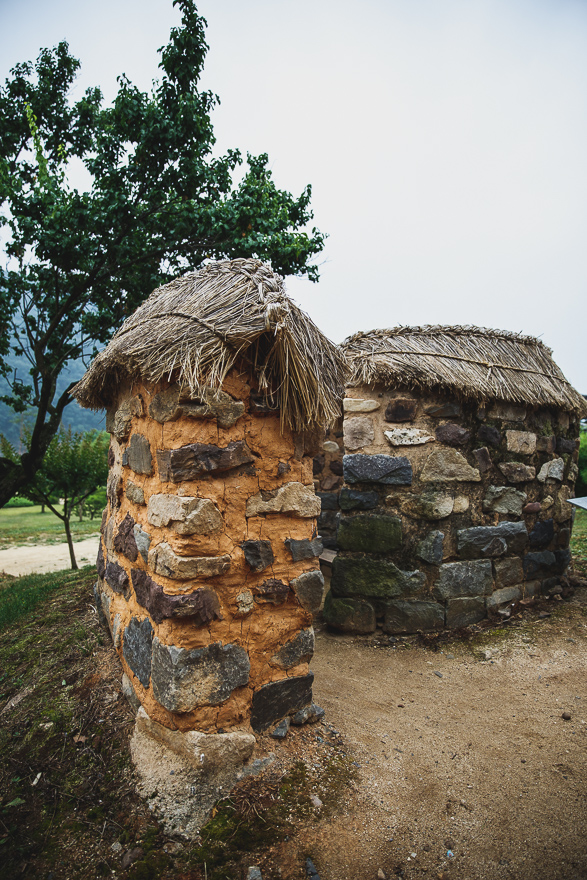 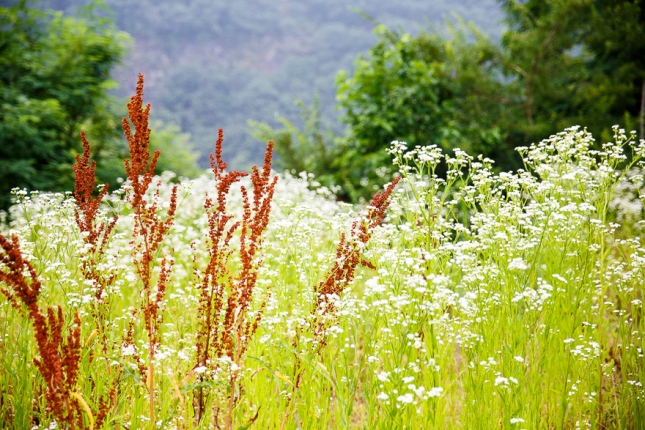 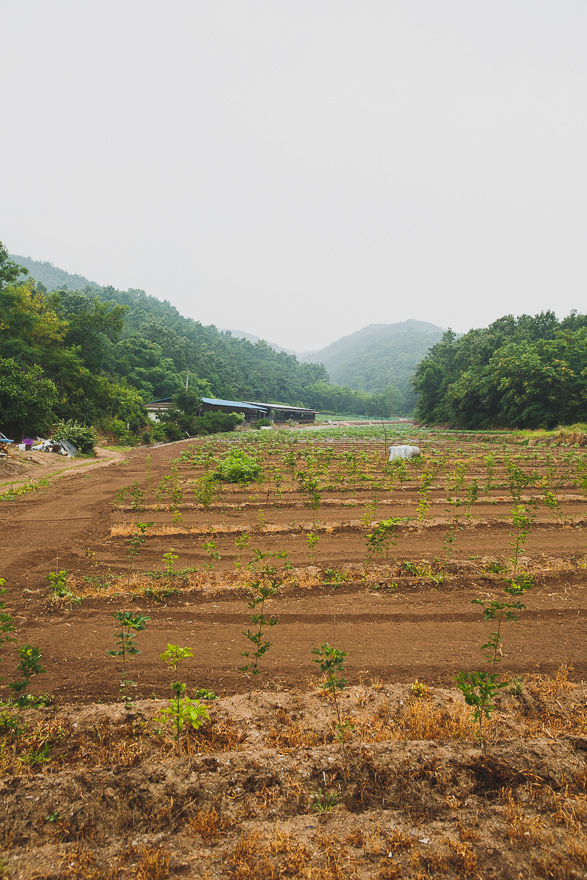 Anthony showing Lucas how to deftly execute a poktanju, a shot of soju in beer.

Jjimdak, Korean-style braised chicken, is a traditional dish of Andong. Yes, it was as delicious as it looks.

At Oliver’s incessant request we experienced a traditional Korean spa. A great way to unwind after a full day of sightseeing. 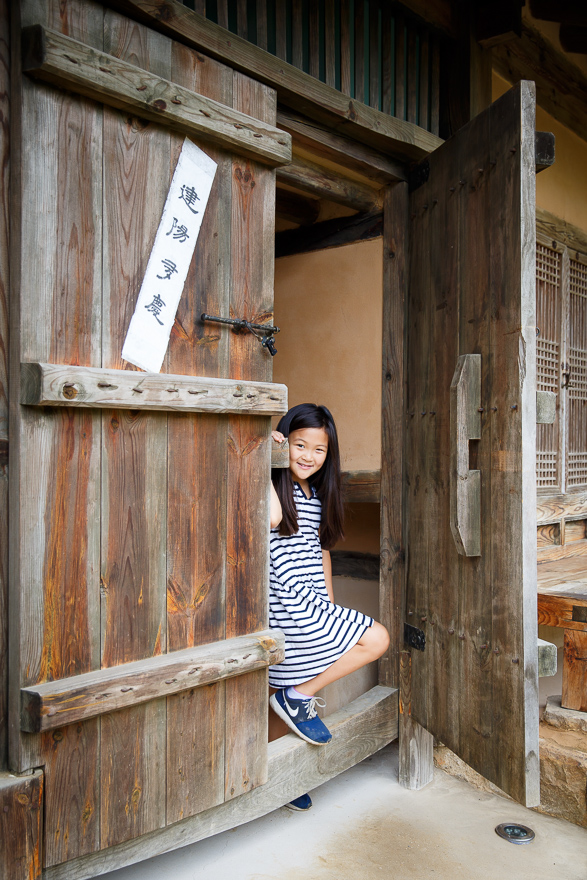 “Wheresoever you go, go with all your heart.”
― Confucius 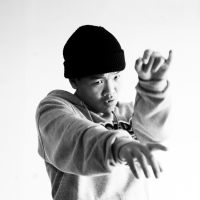 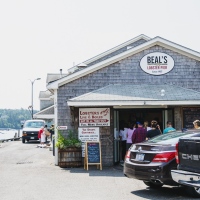