One of the experiences I insisted on having during our trip to Italy was a cooking class. There are many options and it becomes challenging to discern one from the next. Fortunately our hotel recommended a private class offered by La Piaggia. This experience was beyond all my expectations; it was intimate, immersive, elegant and casual all at once.

Podere La Piaggia is a family run estate nestled among the hills of Chianti Classico. Situated on the slope overlooking Siena and the Val d’Elsa, the estate occupies an area of just over forty hectares, half of which are uncultivated and consist of woods, while the rest of the land is divided between vineyards and olive groves. In the center is the farmhouse, with the cellar below dating back to the 1600s. Three generations tend to this land. Despite the necessary modernization carried out over the years, La Piaggia holds to the ancient winegrowing tradition with a respect for nature in all of the production phases.

On the menu is tiramisu, tagliatelle with fresh tomato sauce and bruschetta. 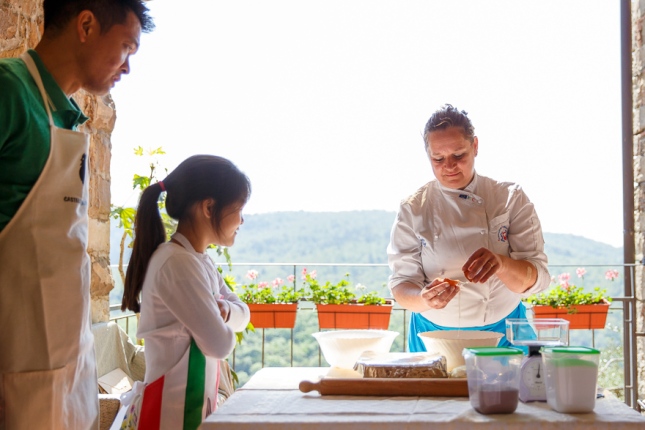 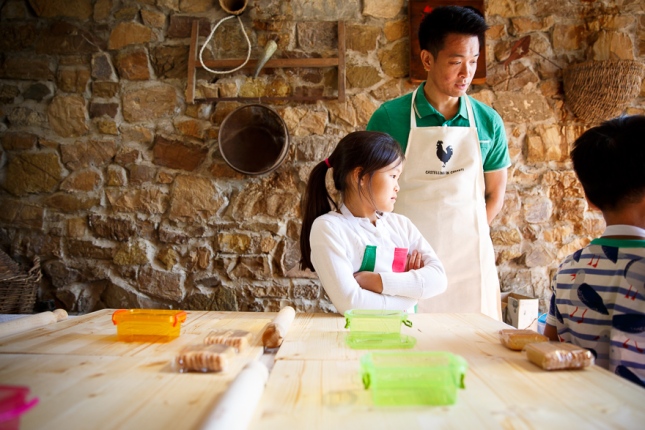 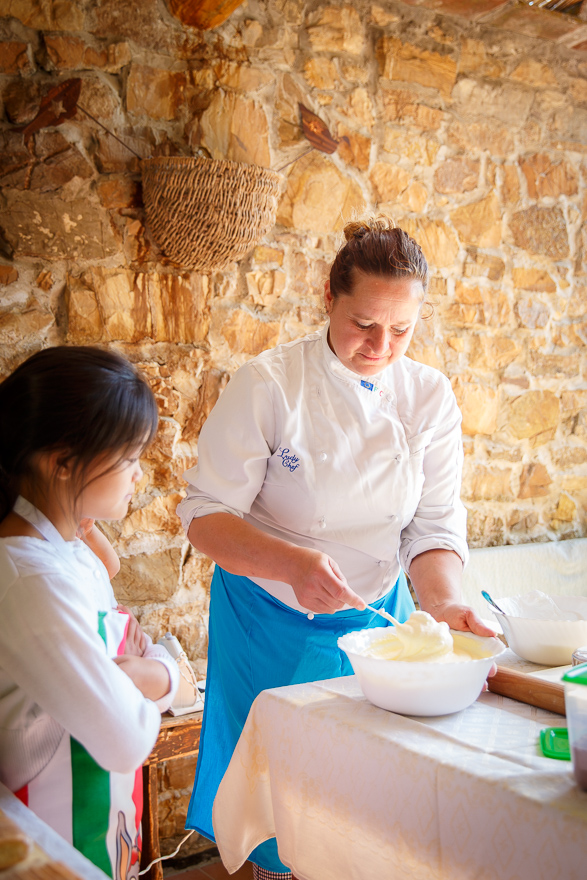 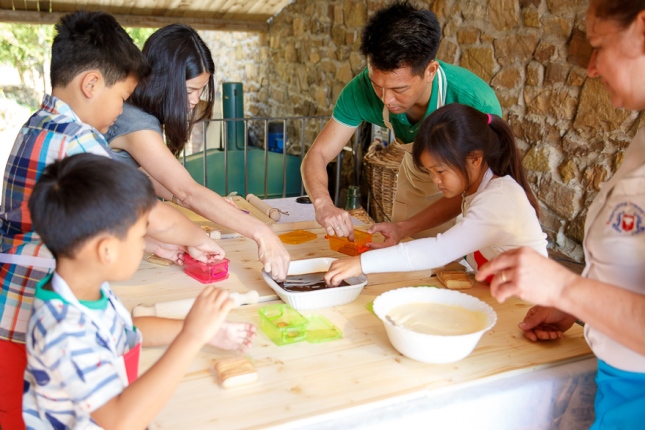 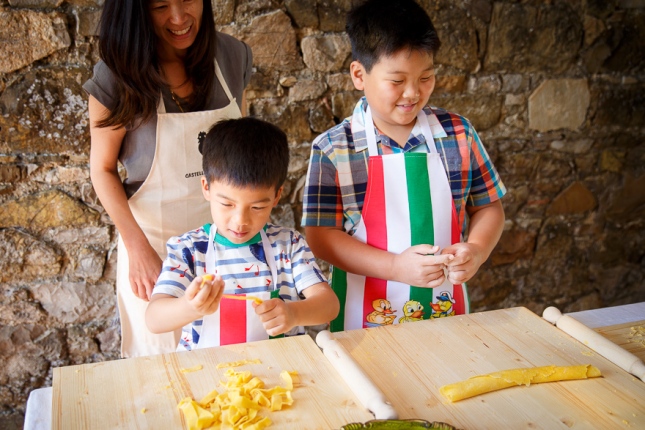 La Piaggia has their own beehive, producing honey in a variety of flavors correlating to the seasons. 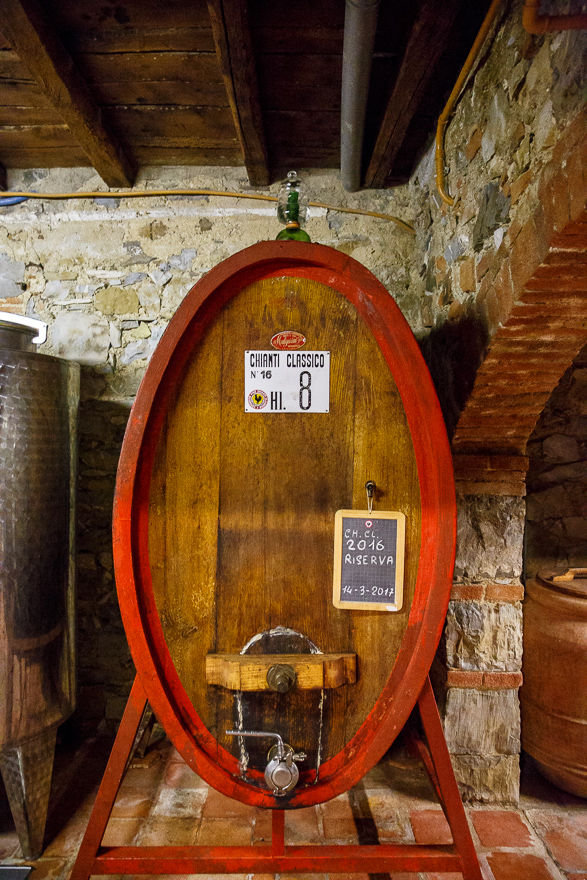 Oliver having a go at the antique olive press.

All the bottling and labeling is done here. 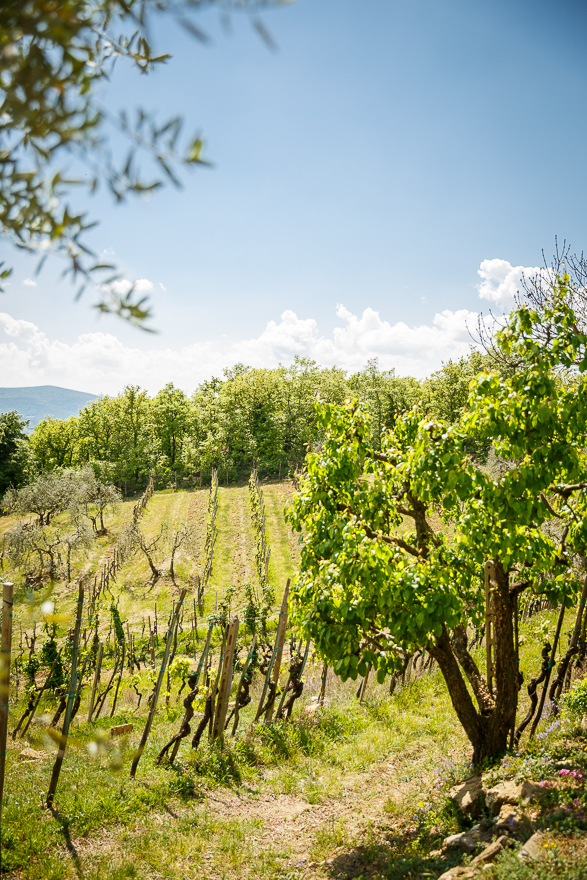 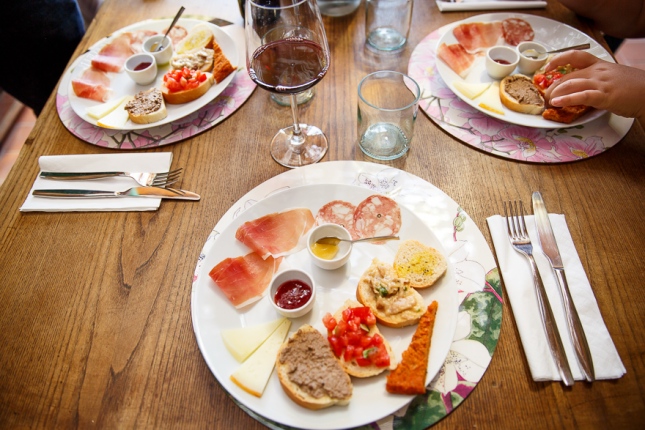 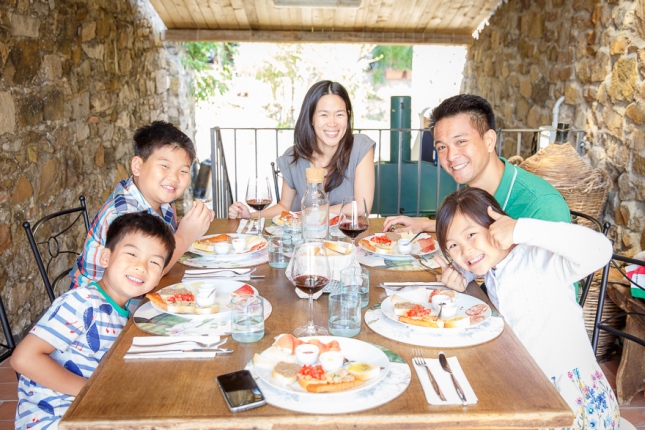 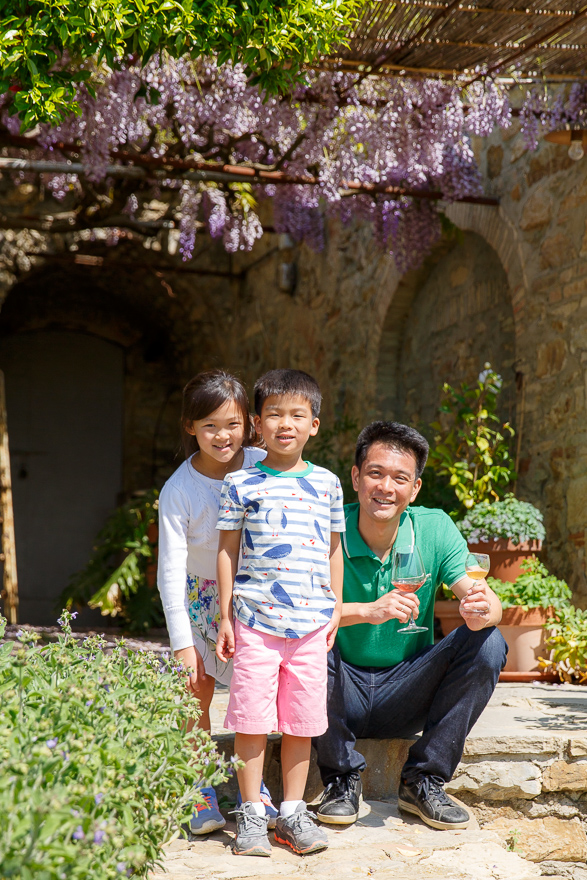 In the late 1800s, a terrible disease attacked Europe’s vineyards. It was called phylloxera. It originated in America and consisted of a microscopic bug that attacked vine roots and eventually killed the vine. It took almost 20 years for the cause of the problem to be identified. The solution was to plant American vines that were immune to the disease and graft European vines to the roots. Because of its location on the hill and the surrounding woods La Piaggia was not affected by the disease and still has age-old ungrafted vines. 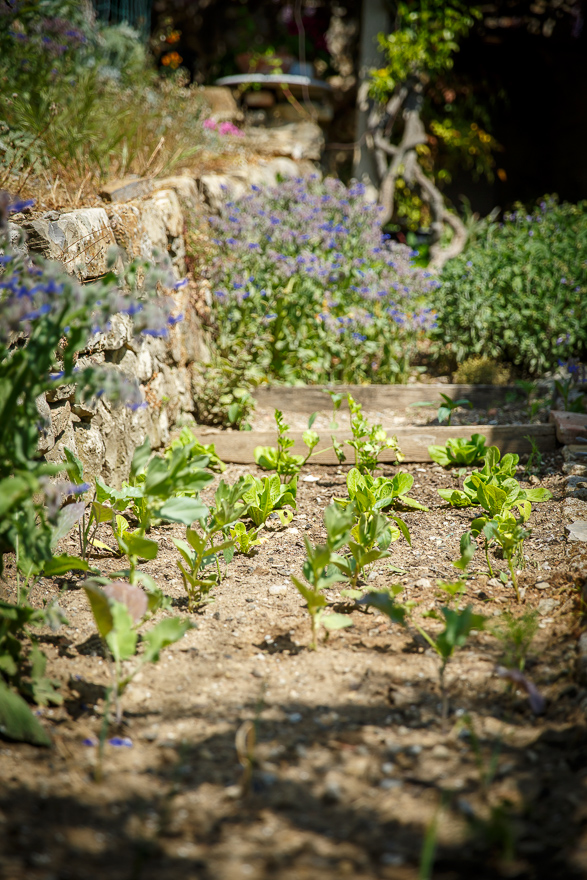 All the vegetables and herbs are sourced from their organic garden. 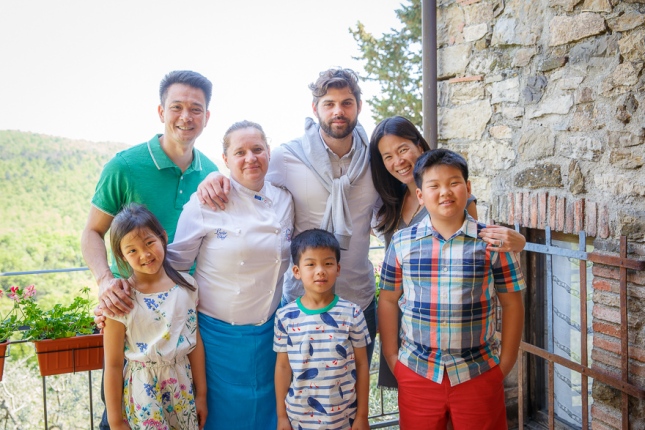 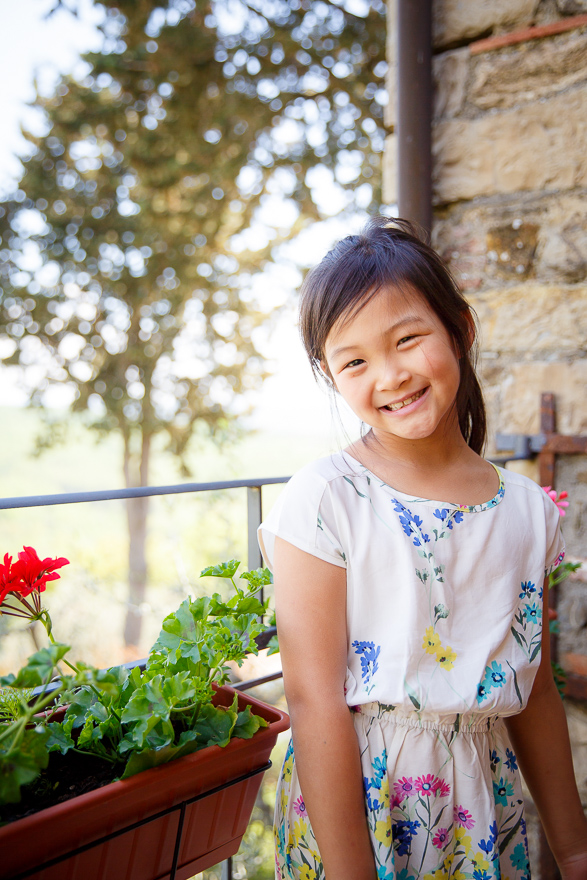 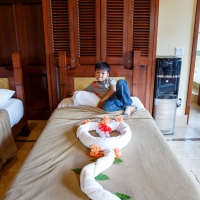